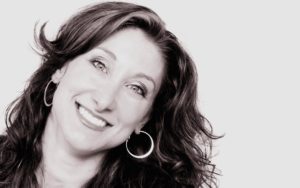 Taami has a Bachelor of Arts in Theatre with a Minor in Dance from the University of Colorado, Boulder. Taami’s theatrical experience includes technical production, directing, playwriting, Shakespearean performance, performance literature, and theatre development. Her dance training encompasses tap, ballet, jazz, hip hop, modern, lyrical, creative movement, and African.  Taami received a theatre and dance scholarship in Los Angeles, where she was a featured extra in the movie Samantha. She was a member of the Harambee African Dance Group at CU Boulder, which included performances for President Clinton and the Colorado Arts Festival. Taami started instructing children’s classes in dance and theatre during college.

Taami is a certified in Zumba, Zumba Fitness, Zumba Toning and Zumbatomic  as an instructor. She strives to educate students, both children and adults on the importance of health.  Taami filmed a Qwest testimonial commercial about Centerstage Starz.  Years of training in directing, acting, and dancing helped her realize the dream of owning a well-rounded performing arts studio. Taami founded Centerstage Starz in 1996 for this purpose and under her direction, the studio has developed from a single room into a 12,000 sq. foot facility with over 140 classes a week, award-winning theatre and dance companies, and a first class faculty. Taami is also the proud mother of triplet girls; Mia, Arielle and Tahli.

Whitney Gustafson was born and raised in Colorado. She currently lives in Highlands Ranch with her husband Matt and her two beautiful sons, Noah and Christian. Whitney started dancing at the age of 4 years old and started teaching dance at the age of 18. Whitney is a classically trained ballerina with a passion for lyrical, jazz, and contemporary. Whitney spent three years as captain and member of the Denver Broncos Cheerleaders and two years as a Denver Nuggets Dancer. For five years, she worked for the Universal Dance Association, traveling the nation to teach and direct high school and collegiate dance camps and judge regional and national competitions. Whitney’s most memorable performances were USO Tours with the Denver Broncos Cheerleaders. Whitney was the lead singer and danced in performances across the globe for our United States Military Troops. Her choreography has won numerous awards from Dance Champs, Dance Rave, Showbiz, Nextstar, Spotlight and Starpower. Most recently, Whitney’s small character group “Honey Bun” won first place at Kar Nationals in 2017. Whitney earned her degree in Communications and Psychology from the University of Colorado and currently works as the General Manager and Yoga Instructor for CorePower Yoga South Denver studios. Whitney is also a professional photographer and enjoys creating art with her camera. Whitney has been teaching for Centerstage Starz since 1999.

Dana Garrett graduated from the University of Denver with a Bachelor of Arts for children’s education. Since age three, Dana has trained in tap, jazz, ballet, lyrical, pointe, hip hop, and modern, in addition to theatre and choir experience. She danced with a West Metro area studio and performing company through high school. As a member of the University of Denver Dance Collective, she contributed choreography and acted as President and producer. Her choreography has won recognition from multiple regional and national competitions. Dana has worked with the Green Mountain High School Tap and the Douglas County High School Dance Team. She has completed the nationally recognized Continuing Education Program through the Boulder Jazz Dance Workshop. Dana has been teaching dance and theatre since 1992 and at Centerstage Starz since 1999 and is the proud mom to her son Jake.

Adrienne Sells began teaching Ballet at Centerstage Starz since 2007 and is also the Office Manager. A Louisiana native, Adrienne received her classical ballet training under the direction of Marion Mills and the auspices of the Theater School of Dance. She is an Associate of the Royal Academy of Dance. For a decade beginning in 1989, Miss Brooks performed with the Shreveport Metropolitan Ballet, the last eight years as a principal dancer. She served for many years as a dance instructor with the Theater School of Dance and as Rehearsal Director for the Junior Company of the Shreveport Metropolitan Ballet during the 1999-2000 seasons. She also served as Co-Artistic Director for the Shreveport Metropolitan Ballet from 1999-2006. Miss Brooks co-owned and operated Shreveport Metropolitan Dance Academy from 1999-2006. Adrienne was a classical ballet instructor at Centenary College and was a company dancer with Ballet Austin in 1996-97, and company member of LA JAZ DANZ in 2003-2005. Throughout her career, Miss Brooks has been involved in numerous community events and productions. She has co-created two full-length world premier ballets “Snow White” and “The Wizard of OZ”. Adrienne was nominated for a Memory Lee Award for her choreography in the 2003 Peter Pan Players’ production of “Mary Poppins”. Adrienne has dedicated her life to the art of dance and teaching dance and is also a 200Hr. certified yoga instructor.

Mallory Weeman has been working in the dance industry as a teacher and choreographer for over 10 years, sharing her passion by training dancers for both the stage and for life. Striving to never stop learning, Mallory became IDTS certified (International Dance Teaching Standards) in 2018, holds a personal training certification with NASM (National Academy of Sports Medicine), and is a certified Barre Instructor through American Barre Technique. Mallory has lived and taught in many places including California, Arizona, Maine, and most recently Colorado, joining Centerstage Starz as one of their Company Directors in 2015.  Though she teaches a variety of classes, her favorite styles to teach are contemporary, jazz, and improvisation. Throughout the years Mallory’s choreography has won numerous top awards at many regional and national competitions, including the honor of Elite Grand National Champions and Choreographer of the Year at KAR Nationals in Las Vegas, NV.  In 2009, Mallory was invited to perform at Carnival: The Choreographer’s Ball in Los Angeles, CA, one of the biggest international choreographer showcases. Mallory prides herself on helping all of her students grow into both passionate dancers and confident young adults.

Tiffany Lopo was born in Colorado but grew up in Arizona where she trained with one of the top ranked competitive dance studios in the Phoenix Metro Area.  She spent spring break and summers in LA studying with the top LA choreographers and won scholarships to attend classes at Edge Performing Arts Center.  Tiffany performed professionally around Arizona as a back up dancer to an Elvis impersonator and was part of a professional dance company called Sophistakit. As a member of Sophistakit, she performed at industrials and events around the Phoenix area.  She attended the University of Arizona and majored in dance.  After college, Tiffany moved to Colorado to be close to her parents.  The 2017-2018 season will be her 10th year teaching for Centerstage Starz. She loves teaching and loves all of the kids at Centerstage. She has been married for 17 years and has 3 sons, Ben-14, Sam-11 and Joe-2.

Katherine Leatherwood began her dance training at the age of seven, in Colorado. She went to high school at Denver School of the Arts as a dance major, where her passion for contemporary dance was fostered. Katherine has taken classes with the Colorado Ballet, Classical Ballet of Colorado, and more. After high school, Katherine continued her dance training at Denver Ballet Theatre, while teaching at Miller’s, Inspirations, DBT, and Centerstage Starz, while attending college toward a degree in Early Childhood Education and Special Education. She has a certification in Barre Fitness and is currently working on getting her Personal Trainer Certification. Katherine continued to diversify, performing jazz and hip-hop with the performance group HER and ballet with Ballet Ariel. Her professional accomplishments include choreography and performing pas de deux.

Kailey-Claire (KC) Stewart is a lifelong advocate of dance. She attended Denver School of the Arts (DSA) for seven years, as a dance major. While attending DSA, KC was a scholarship student at Colorado Ballet, receiving a certificate for Vaganova technique. She was accepted and attended summer intensive’s at the Kirov Academy of Ballet (Washington D.C.), Joffrey Ballet (New York City), American Ballet Theatre, Juilliard, and New York City Ballet. Following graduation from DSA, KC was accepted to California Institute of the Arts (CalArts) and completed a bachelor of fine arts in dance and a minor in film. Recently KC has danced with Kim Robards company, Hannah Kahn company, and Denver Ballet Theater. KC is excited to continue her journey as a teacher and dancer.

Shelby Polonsky was born and raised in Colorado. She earned her degree from Colorado State University with a major in Health and Exercise Science and a minor in Biomedical Science. This degree has allowed Shelby to work at Craig Hospital, a specialty hospital that helps those affected by brain and spinal cord injuries, for the past 5 years. She works as a Clinical Exercise Specialist and enjoys playing a part in her clients’ recoveries. Shelby started dancing at 3 years old. She danced at The Academy of Colorado Ballet until the age of 15, where she trained in ballet, jazz, lyrical and hip hop. Then until age 18, she danced at Centerstage Starz, while also being on her high school’s poms team.  While at CSU, she spent two years on the Golden Poms dance team. Shelby has danced professionally for the Colorado Eagles Chicks, Colorado Mammoth Wild Bunch and the Denver Nuggets Dancers. With the Denver Nuggets Dancers, she had the opportunity to travel to China and perform in multiple different cities, which is her most special and unique memory as a professional dancer. Shelby is very passionate about teaching her students about the importance of confidence and helping them become confident dancers and young adults!